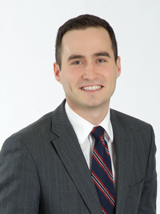 Michael A. Fenton will speak to students enrolled in the Springfield Judicial Youth Corps Program during a class session Thursday, June 25.

“I applaud Western New England University for stepping up to provide such an innovative program in the city of Springfield. The Judicial Youth Corps provides valuable first-hand experience to students interested in learning about the legal system through not only classroom instruction, but discussion and interaction with local judges and lawyers,” said Attorney Fenton, a 2012 graduate of Western New England University School of Law who will discuss both his practice and public service. “I am honored to be among the individuals chosen to speak to the Judicial Youth Corps students this summer.”

High school students are selected from a large pool of applicants to participate in the program, during which they will spend from May to August learning about the court system. First started in Boston by Supreme Judicial Court Chief Justice Paul J. Liacos in 1991 with the help of Supreme Judicial Court Chief Justice Roderick L. Ireland, the Judicial Youth Corps program affords high school students the opportunity to learn more about the rule of law and the judicial branch through interactions with judges, clerks, lawyers and court staff who mentor them throughout the summer. The MBA partnered with the SJC to expand the program to the city of Worcester in 2007 and, in 2014, further expanded to Springfield. Western New England University was an active partner in organizing the western Massachusetts program.

From May to June, students will attend weekly educational sessions where they will learn about criminal and civil law and the role of courts in democracy. In July and August, they will work in paid internships in the courts or in court-related offices. As part of the comprehensive educational program, participants will take field trips to local police stations, jails and law firms.

“Since it first started in the 1990s, hundreds of urban students have benefitted from the court and community partnership program; many participants have gone on to lead successful careers in law and government,” said Fenton. “It is an honor to be chosen as a leader in the field and I hope to inspire those students who are considering the law as a potential career path.”

Attorney Michael A. Fenton, a resident of Springfield, concentrates his practice in the areas of business planning, commercial real estate, estate planning and elder law. He is a graduate of the Western New England University School of Law (Juris Doctorate, 2012), Western New England University School of Business (Masters in Business Administration, 2011) and Providence College, where he earned a Bachelor of Arts in Political Science with cum laude honors (2009). Attorney Fenton is well-recognized as an emerging leader of the law, as is evidenced by his selection to be a Super Lawyers Rising Star (2014), a Massachusetts Lawyers Weekly Top 25 Up and Coming Attorney (2014), and a BusinessWest 40 Under 40 award recipient (class of 2012).

Attorney Fenton is a member of the Hampden County, Massachusetts, Connecticut and American Bar Associations. In addition to his legal profession, Attorney Fenton is also President of the Springfield City Council and member of several community and civic organizations, including: ROCA, Inc. and the Mason Wright Foundation. His commentary is often requested for thought leadership, including recent presentations to the Hampden County Bar Association and the Community Progress Leadership Institute at Harvard Law School.

This website uses cookies to improve your experience while you navigate through the website. Out of these, the cookies that are categorized as necessary are stored on your browser as they are essential for the working of basic functionalities of the website. We also use third-party cookies that help us analyze and understand how you use this website. These cookies will be stored in your browser only with your consent. You also have the option to opt-out of these cookies. But opting out of some of these cookies may affect your browsing experience.
Necessary Always Enabled
Necessary cookies are absolutely essential for the website to function properly. This category only includes cookies that ensures basic functionalities and security features of the website. These cookies do not store any personal information.
Non-necessary
Any cookies that may not be particularly necessary for the website to function and is used specifically to collect user personal data via analytics, ads, other embedded contents are termed as non-necessary cookies. It is mandatory to procure user consent prior to running these cookies on your website.
SAVE & ACCEPT